Get Support
We the Differents

Home » My Life » How to spot and avoid cyberbullying

How to spot and avoid cyberbullying

School can get pretty stressful at times – assignments, exams…just getting there on time – there’s a lot going on that can make you feel uneasy. The same goes if you’re doing an apprenticeship or a traineeship.

Add bullies into the mix, and things can start feeling a bit too much. While it used to be that you could avoid bullies once the school day was over; nowadays any safe space can come under attack by people saying hurtful things online.

We all use phones, computers, tablets – you name it – to keep us connected, but in the hands of a bully, they can be the tools to pull people apart through cyberbullying.

Cyberbullying is ugly, but it’s important to stare it in the face and know what it looks like so you can avoid it, stop it, and make sure you don’t accidentally become a cyberbully yourself (sometimes what you think is friendly teasing online might actually be hurting someone).

How to spot it: 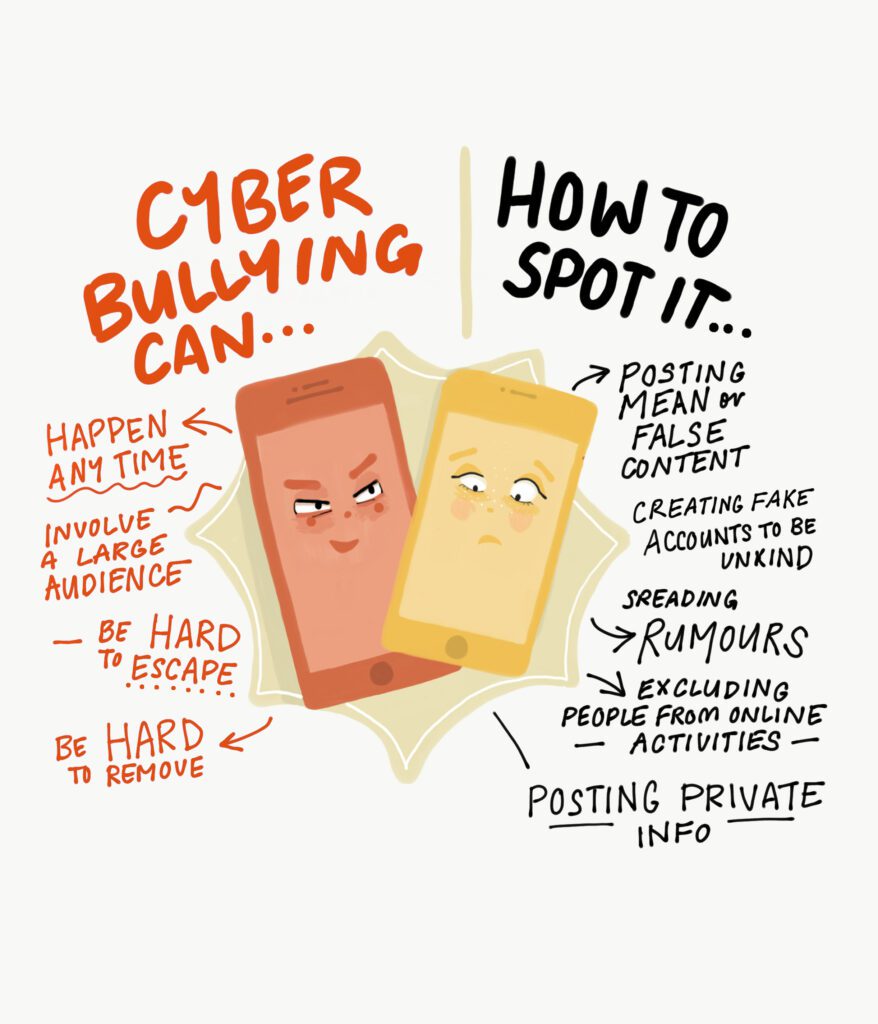 Before you decide to throw away your devices; just know that there are smart ways to protect yourself from cyberbullying without turning yourself into the same ugly monster in the process. 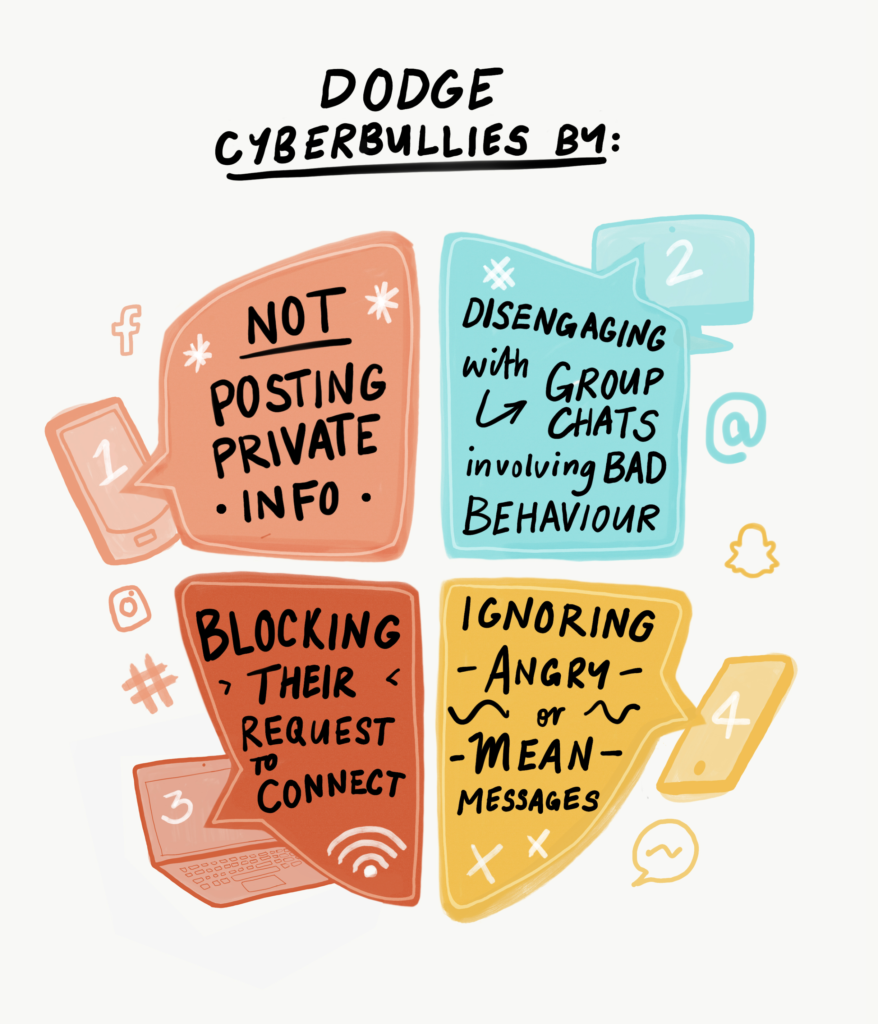 But what do I do when I’m already being bullied online?

If you’re already being cyberbullied, or you’re finding that our advice isn’t stopping them, remember, you’re never ever alone, help is always there.

To see ways you can overcome different examples of cyberbullying, take a look at these videos:

In these examples, you’ll see that the most effective way to overcome cyberbullying is to block the content or person, report the cyberbullying and support one another if you or a friend experiences cyberbullying.

Take a look at more information about cyberbullying.

Need more help? or want to learn more about cyberbullying